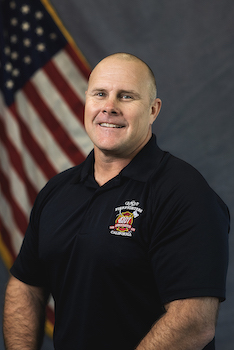 Eric has worked for the Vista FD for 18 years and has worked his way up the ranks to Captain. He moved to California from AZ to begin a career in the fire service. Eric has been married for 22 years to His wife Terri. They have two boys and live in Oceanside. They enjoy camping, traveling and hanging out at the beach. 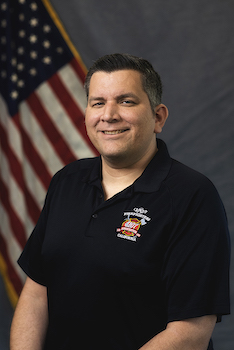 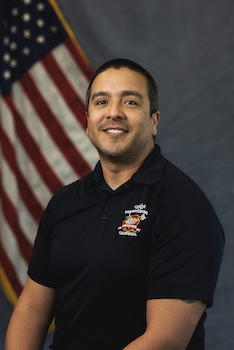 David is a Firefighter/Paramedic and has worked in the fire service for 6 years. He earned a Bachelors Degree from UCSD in Psychology. Prior to the fire service David spent time working in business as a Sales Account Manager. David is new to the executive board and was involved previously with the PAC board. He enjoys spending time at the beach and traveling with his wife and two little girls.

Brien started his fire career 10 years ago after a 12 year career as a grip in the motion picture industry. Originally from Pleasanton Brien attended Chico State university earning a degree in Public Administration. Brien became a firefighter/paramedic for the city of Vista in 2008. 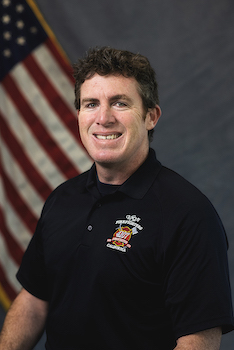 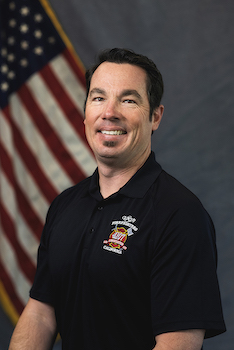 Cary has been with Vista Fire for 8 years now. He resides in lovely Oceanside with his wife Wendy, and his three kids Caden, Chloe and Cole. Cary enjoys his motorcycles and family trips, along with all the great craft beers these days. “I look forward to the coming years and serving the members of the VFFA